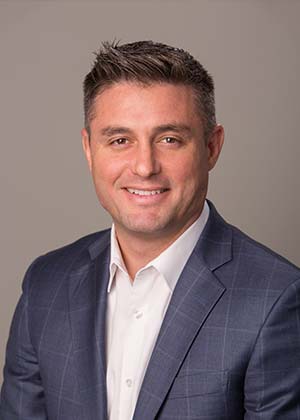 Meade is recognized as a top commercial broker within the Coachella Valley. He is has completed in excess of $1B in commercial transaction to date and is in the process of developing a $300M Industrial Park as a principal owner of Desert Rock Development. Meade’s professionalism, market knowledge and dedication to his clients has resulted in a continued increase in market share and most importantly, client RESULTS. Download Resume

Michael started his career in 2004 in commercial real estate brokerage, growing to the top producer in his field year after year in both commercial leasing and investment sales. Meade specializes in Investment Sales and Commercial Leasing throughout the Coachella Valley. Meade has extensive experience in Office, Industrial and Retail sales as well as commercial leasing. Meade also has experience with development, as he co-founded Desert Rock Development alongside Scott Wilson and are currently developing +/-1.4M sq. ft. within the Coachella Valley.

“Wilson Meade has a small but very select group of successful commercial brokers, the synergy of this group will lead to more transactions that would in the end, benefit our clients.”

Mr. Meade got his start in commercial real estate in 2004 with Wilson Johnson Commercial before leaving to gain some experience with larger regional and national firms. He left in 2008 joining Lee & Associates – Palm Desert and also spent several years with NAI Capital. Mr. Meade was an Investment Sales and Commercial Leasing specialist and Vice President with both NAI Capital and Lee & Associates. Michael founded the Meade Group during this period and was a top producer for his office. After spending this time period with the larger firms, he decided that his most productive and ideal firm for him and his clients was a firm that would focus on the needs of his clients with no comprise to service or budget. Thus, he founded Wilson Meade Commercial, Inc. alongside Scott Wilson to achieve a new standard in commercial brokerage services firm.

Wilson Meade Commercial, Inc. is slated to be the top producing firm in the Coachella Valley with aspirations to franchise their new agent / profit sharing model around the world.

We Look Forward To Serving You

Information has been secured from sources we believe to be reliable, however, WILSON MEADE cannot guarantee its accuracy.